Looking For The Best Vegan Grocery Stores in Montreal? Well, Here They Are!

If you’re looking for the best vegan grocery stores in Montreal, your first stop absolutely has to be Herbivores. Located on St-Denis and open every day from 12-9pm, Herbivores is a 100% vegan grocery store specializing in local produce at an incredibly low price. You’ll find all of your favourite vegan foods including a wide array of vegan cheeses and a delicious vegan bistro. Don’t believe us? Go see for yourself!

As the name suggests Paradis Végétarien is a vegetarian grocery store. However, don’t let the name fool you, Paradis Végétarien also stocks an impressive array of vegan products. Located on Rue St Denis, Paradis Végétarien is definitely one of the best vegan stores in Montreal. Not only will you find some incredibly obscure vegan foods such as ‘vegan bacon grease’ you’ll also get them at an unbelievably low price! Sound too good to be true? We promise it’s not!

Marché Eden is a health foods store located on Avenue Du Parc, just outside of the ‘McGill Ghetto’. For years now Eden has been a hotspot for McGill students trying to get their fix of great vegan groceries close to home and school. Although technically Marché Eden is a health foods store and isn’t strictly vegan or vegetarian, it does stock a huge array of delicious specialty vegan products that no vegan would be disappointed with. In addition to their great selection of vegan and vegetarian products, Eden also stocks a large amount of high-quality Asian products. So, if you’re a vegan AND you love Asian grocery products, Marche Eden is one of the best vegan grocery stores in Montreal for you.

So, now that you know all of the best vegan grocery stores in Montreal, it’s time to stock up on your favourite vegan foods. Your stomach is sure to thank you for it! Don’t forget, that no matter what your dietary requirements salewhale.ca can help you to find all of your groceries on sale near to you. 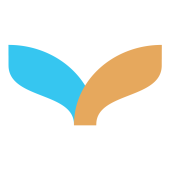 Enjoy this healthy and delicious Asian Ratatouille recipe courtesy of Kim Phat: Recipe of the Week

Where to Buy Cheap Groceries in Laval

The Health Benefits of Spices